The longer answer: The safety and utility of kipping depends on your strength/technique and your goals.

Historically, kipping is a gymnastics technique intended to create momentum for bar and ring muscle ups. However, kipping is often debated, criticized, hated, and generally misrepresented in social media as the best way to ruin your shoulders. Why so much hate for just another CrossFit gymnastics movement?

The safety and utility of kipping depends on your strength/technique and your goals.

My thought is that kipping is seen as a movement compensation, rather than a stand-alone movement. So in essence, anybody who is seen kipping is effectively “cheating” their way into a pull-up. It’s as if for some reason, the energy initiated by the whole body (rather than the arms) somehow disqualifies the kipping pullup as a movement. Granted, many people are not kipping properlyand are certainly putting their shoulders at risk for irritation. However, the movement itself is not inherently “bad,” it’s simply not a strict pull up.

In the same way that boxers use momentum from their entire body to generate a punch, or a golfer uses a wind-up to deliver as much force to the ball as possible, our bodies are made to transfer energy from one part of the body to another. The kipping pull up is a way to accomplish a task using our entire bodies rather than isolated muscle groups.

The kipping pull up is effective because it transfers the initial work of the pull up to the rest of the body, but those forces still have to go through the bar and the shoulder during the arch of the swing. The shoulders then store force like a spring and transfer it back into the bar and the body for upward momentum.

The risk for injury comes when your shoulder musculature doesn’t have the capacity to control the increased forces that are coming through it as a result of the kip (bodyweight plus momentum). If the muscles can’t absorb/control the movement, something else has to prevent your arm from falling off. Enter your tendons, ligaments, joint capsule, and labrum.

These are the structures (in addition to the muscles) that can be irritated and possibly injured with uncontrolled kipping, or any uncontrolled dynamic movement for that matter. With the exception of tendons, these structures are designed to be passive supports, which don’t adapt nearly as much to mechanical forces, compared to muscle and tendons.

If your goals are to achieve a certain number of pull-ups or to build shoulder strength/size, kipping is neither the safest nor most efficient way to get you there: you would best benefit from working on strict, negative, banded, or assisted pull ups. However, if your goals are to be competitive in CrossFit (classes or competition), at some point you must learn to kip, and it would benefit you to do it safely and build strict strength alongside a strong kipping foundation first.

If your goals are to achieve a certain number of pull-ups or to build shoulder strength/size, kipping is neither the safest nor most efficient way to get you there: you would best benefit from working on strict, negative, banded, or assisted pull ups.

At SP, we recommend the ability to demonstrate 5 strict pull ups and strong hollow/arch kip mechanics before working on kipping pull ups during workouts. We recommend even greater shoulder capacity before transitioning into butterfly pull-ups: 8 strict pull-ups and demonstrable control of a kipping pull-up.

Bottom Line: Kipping can certainly be done safely, as long as you have the requisite strength and skill to properly control the movement.

As always, I hope this helps!  If you have any questions or would like to read about certain topics, send us an email at TeamSP@SportsPerformancePT.com.

For more tips on optimizing athletic performance FOLLOW US on:

TUNE IN TO OUR PODCAST 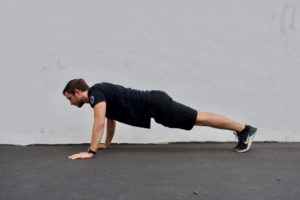 The 7 Crucial Principles of Staying Fit Without the Gym

Are you concerned about losing all your progress you worked so hard for? Without gym access, staying on top of your fitness goals will be a challenge, yes, but not impossible. Read today's blog to learn how you can stay fit and keep making progress at home, or outdoors. 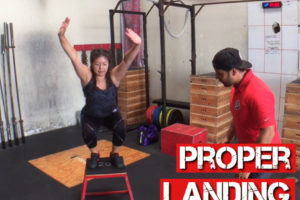 Poor knee mechanics with plyometrics can lead to pain and[...] 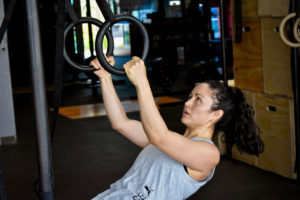 Tips To Prepare For The CrossFit Open 2019

It’s that time of year again folks…the smell of cold[...]

“Tell Us Where It Hurts…”

It’s FREE! Just Look Below And Find The One That Works Best For You…

How many times does that cranky shoulder does not

SP fam! You are all invited to our Nutrition Works

✔️Do you wish you had a job that had more mean

Check out that super cool team right there! 😎

Hopefully, you still have your lacrosse ball from

✔️Do you wish you had a job that had more mean

Question of the week is here and we are still buil

TUNE IN TO OUR PODCAST